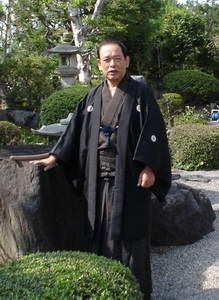 Yasumoto Soke was born in 1933 in the city of Yonago in Tottori prefecture, where he now resides. He previously lived in Nishinomya where he worked in the town hall for many years.

He is renowned for his skill in Jujutsu and his great interest in history and archeology. He has written much about the history of Shimane prefecture and their archaeological finds. He is also known for having one of Japan's largest collections of Ukiyo (woodblock prints) and Sho (calligraphy).

During Yasumoto Soke's time as a city official he taught weapons defence and disarming techniques to the police in Hyogo prefecture, and was invited by monks of the prefecture to teach Jujutsu at their temple.

Yasumoto Soke began his training with Minaki Saburoji at 26 years of age when he asked Minaki Soke to teach him and they opened a dojo at Yasumoto's house. Yasumoto also assisted Minaki Soke when he taught medical students with demonstrations of bone-setting (osteopathy). 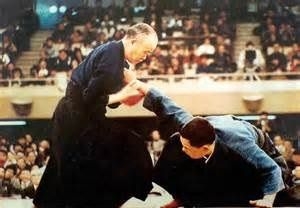 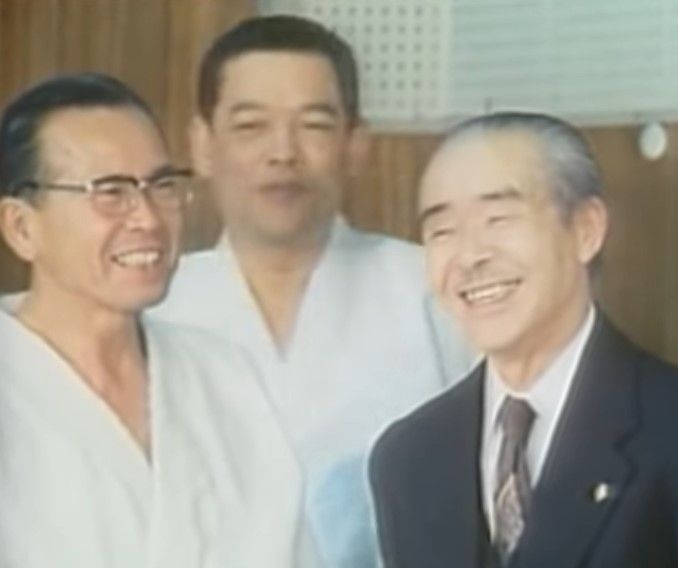 He was also a direct student of Kanazawa Ichizu (who was the father of Yasumoto Soke's friend Kanazawa Akira) and Nakagawa sensei the Soke of Mugai Ryu Iaijutsu which Yasumoto studied to 6th Dan.

During this time the young Inoue made Yasumoto Sensei a hanbo that he still uses to this day. Yasumoto, along with the 18th Hontai Yoshin Ryu Soke, Inoue Munetoshi, were the last generation of direct students of Minaki Saburoji and Kanazawa Ichizu (as one of the most distinguished apprentices of the 16th Soke Kakuno Hachiheita, Kanazawa Ichizu was assigned to become the substitute sensei of Kakuno's dojo).

Yasumoto Soke is renowned worldwide for his skill in Jujutsu and martial arts and since March 1981 he has been one of the major influences on traditional Jujutsu in the West. For several years he was the main teacher of Hontai Yoshin Ryu throughout Europe, Scandinavia and the USA. For many western students Yasumoto sensei was their first Hontai Yoshin Ryu teacher.