Below you can trace the unbroken line of transmission from the founder Takagi Oriemon Shigetoshi down to Yasumoto Akiyoshi Soke by following the red line.

The Hontai Yoshin Ryu lineage runs down the center, each name in bold and listed with the relevant number, to highlight where Motoha Yoshin Ryu fits into the bigger picture.

The Hontai Yoshin Ryu-Takagi Ryu has several branches, and with each branch there are some slight variations in how the history is told. As the early history was transmitted orally it should be considered as folklore based on true events, rather than absolute historical fact. Hontai Yoshin Ryu-Takagi Ryu began in the Edo period originating in Oshu (present day Miyagi prefecture), then moving to the Shiroishi district (Okayama), then the Owari district (Nagoya), then the Tosa district (Koichi), and then finally to the Ako and Himeji districts (Hyogo). The ryu was especially prominent in the Himeji-han and Ako-han.

He died on October the 7th in first year of Shotoku (1711). He was the second son of the Inatobi (or Inatomi) family, serving Katakura Kojuro, the Lord of the Shiroishi castle in Mutsu no Kuni.

According to the legend Umon's father was attacked in the dark and murdered. Umon later avenged his father and embracing his father's teaching of "Yoboku wa tsuyoku, Takagi ga oreruzoyo" (a willow tree is flexible, but a tall tree can be broken) he later renamed himself Yoshin Ryu Takagi Oriemon Shigetoshi. 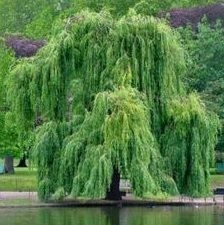 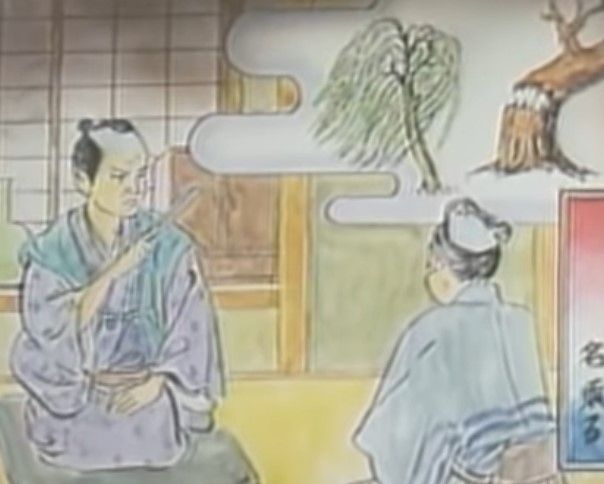 Takagi Oriemon was well known for his great physical strength and is still legendary in the former Shiroishi district.

In 1993 (the fifth year of Heisei) the 18th Soke of Hontai Yoshin Ryu Inoue Tsuyoshi Munetoshi and his students studied a grave located in former Shiroishi district and confirmed that the grave belonged to Oriemon. They performed Kata at the spot in commemoration of the founder.

The second Soke and successor of Oriemon was Takagi Umanosuke Shigesada. According to legend he was very tall at nearly 7ft and as big as a Sumo wrestler. Along with Jujutsu he was a master of Bojutsu (staff/stick), Sojutsu (spear) and Naginatajutsu (halberd).

As recorded by the Takenouchi Ryu, Umanosuke had been offered a duel with Takeuchi (or Takenouchi) Hisayoshi the 3rd Soke of Takenouchi Ryu by Lord Mori Nagatsugu of Tsuyama.

Hisayoshi who was barely 5ft tall and of slight build easily defeated Umanosuke and tied him up with a rope. When Umanosuke regained his senses he used his incredible strength to break out of his bindings. As he did so Hisayoshi drew out his short sword and placed it against Umanosuke's neck telling him that if he continued he would be forced to kill him, the Lord Mori then stopped the duel declaring Hisayoshi the clear winner.

Although Umanosuke studied martial arts from an early age and had received permission to teach his own students, the duel made him realise that his skill was not complete and he asked Hisayoshi to accept him as a student. Hisayoshi accepted and Umanosuke became a student of Takenouchi Ryu Koshi no Mawari which he mastered and was given permission to teach.

At this point in history it is believed that Takagi Umanosuke renamed and established the Ryu as Hontai Yoshin Ryu-Takagi Ryu Jujutsu after developing and refining techniques that did not rely on an individual's strength or body size.

The third Soke was Takagi Gennoshin Hideshige, a son of Umanosuke. Gennoshin served Honda Nakatsukasa of the Himeji-han and there are records that have been found at Himeji Castle showing that he was paid a stipend of five hundred koku. Along with this record further study of the Himeji-han records conducted by students of Hontai Yoshin Ryu uncovered the location of his accommodation within Himeji castle.

It appears from this record that Gennoshin was highly regarded by the Himeji-han, as receiving the stipend of 500 koku was unusually high for a bugei (martial arts) expert.

The fourth Soke Okuni Kihei Shigenobu was a master of Tendo Ryu Naginatajutsu and as he wanted to develop his own school he withdrew to practice and pray to his Uji-gami (his ancestor's spirit). During this time he had a dream that he was attacked by nine Oni (a Japanese demon) and although during the battle the blade of his Naginata broke he was able to fight off the demons with the staff. After this Kihei developed the techniques of Bojutsu naming the art Kukishin Ryu Bojutsu (kuki means nine demons). Since this time Kukishin Ryu Bojutsu has been taught as an integral part of the Hontai Yoshin Ryu-Takagi Ryu.

As Kihei was a Samurai of the Ako-han, Hontai Yoshin Ryu-Takagi Ryu including Kukishin Ryu was inherited by the Okuni and Nakayama families, and was passed down within the Ako-han until the thirteenth generation Soke.

The 13th Soke Yagi Ikugoro Hisayoshi was the first to open a public dojo after he lost his position in the Ako-han and became a masterless Samurai or Ronin. His apprentice Ishiya Takeo Masatsugu became the 14th Soke of the school.

The 14th Soke Ishiya Takeo Masatsugu opened schools in several regions. Along with teaching the skills he compiled and organised the teachings of Hontai Yoshin Ryu-Takagi Ryu and along with this combined his own techniques called Ishiya-den. Takeo was said to have been a master of masters in the Edo period and is famous for the teachings; 1st Eyes, 2nd Speed, 3rd Courage, 4th Strength and also for the teaching of "Soft on the outside, hard on the inside".

16th Soke Kakuno Hachiheita Masayoshi opened a dojo in Nagata-ku, Kobe city where he taught many students and also developed his own Kakuno style of technique which he taught separately from the main Hontai Yoshin Ryu-Takagi Ryu. Kakuno Soke is considered to be one of the main masters who contributed to the evolution and technical development of the ryu.

The 17th Soke Minaki Saburoji Masanori was born in 1906 (the 39th year of the Meiji era). He was also known by the name of Kosyu. Minaki Soke began his training with the 16th Soke Kakuno Hachiheita Masayoshi at the age of 16 in 1922 (the 11th year of the Taisho era). He was granted Menkyo Kaiden (complete transmission and permission to become independent) in 1933 (the 8th year of the Showa era).

Even though Minaki Soke only stood around 5ft tall and was not heavily built he is considered to be one of the most distinguished students of the school. There are many stories of Minaki pursuing tough training such as breaking natural stone with his bare hands.

Minaki opened a dojo in Ushigome, Tokyo where he taught many students and also travelled all over Japan with his master Kakuno Hachiheita, both demonstrating and testing the school's techniques. Minaki Soke was very active in introducing the school to the public.

In 1939 (the 14th year of Showa) when Kakuno passed away, Minaki returned to Kobe where he stayed for a while before deciding to go on a journey to pursue further training. Minaki entrusted Kakuno's school to Tsutsui Tomotaro. On returning to Kobe, Minaki visited the Fumon waterfall as part of his training to develop his spirit. It was at this time that Tsutsui Tomotaro was declared the Soke of Takagi Ryu and Minaki became the Soke of Hontai Yoshin Ryu and Kukishin Ryu.

Faced with a changing post-war society Minaki Soke realised the need to refine the school's training methods. He retreated to the mountains in Kobe near the Fumon waterfall to meditate. Minaki taught that "Budo without the spirit of Buddha is heresy" meaning that a heart of mercy is the way to achieve the true Budo otherwise one will fall into an evil path, and "that the development of Budo requires creativity."

In 1980 Hontai Yoshin Ryu was chosen as one of the subjects for a series of documentaries on the existing schools of traditional martial arts. Yasumoto Soke is featured in this documentary performing the Hontai Yoshin Ryu Nage no Kata and Oku no Kata.

Currently in Japan there exist about 400 styles of martial arts but only a few styles have continued in an unbroken lineage into the present era.

In 1982 (the 57th year of Showa) Minaki Soke divided the scrolls of Hontai Yoshin Ryu and Kukuishin Ryu Bojutsu, passing Kukishin Ryu to Matsuda Kyodo who was Soke for one day before passing the Soke title to Tanaka Fumon who is now the 19th Soke of Kukishin Ryu Bojutsu. Sensei Matsuda Kyodo is actively teaching Shindo Muso Ryu Jodo at the Imazu Budokai, which also serves as the Hontai Yoshin Ryu Sohonbu Dojo.